*Please read this article carefully and take it as a warning sign. (Tantei File)

Behind the Pet-Boom, lots of dogs die. Not because of sickness, old age or accident but by putting them to sleep.
Did you know that?
This article will show you “Dying dogs and cats”

70 to 80% of the dogs that were killed in shelters is from “brought by owner” and “stray dogs”. The shelter worker told us that most stray dogs have collars on their necks. That means these dogs were once owned by someone…Did they escape? Did they get separated from owners by mistake? Or did owners leave them?

Why so many dogs are killed?

Right now, Japan has laws about animals called “DOUKANHOU”.
Chapter 18 of this law says:
[All the shelters that are registered by the government must take in all the animals that are brought in by owners]

This law was to protect cities from having too many stray dogs.
Even though this law exists, too many animals are still on the streets…

—–Why?
Many stray dogs are killed in shelters because of chapter 6 of the “Rabies Law”:
[If a dog doesn’t have any registered rabies vaccine tag, the shelters must take this dog in]

Every dog that is walking around without its owner usually goes to the shelters. It doesn’t really matter if the dog has collar or not
if he doesn’t have a rabies tag.
That’s why if you loose your dog, you should contact the near by shelters first.
For the cats, there is no law so people just leave them outside and eventually they end up in the shelters —–

It is almost all owners fault that so many animals are killed.
Why do they not want to keep their pet?
Here are some reasons that owners gave to the shelters:
• dog got sick and too expensive to take care
• bought new puppy (kitten)
• barked too loud and neighbor complained
• too noisy when mating season
• wife got pregnant
• decided to live with someone
• moving
• dog (cat) had babies and only wanted to keep babies
• didn’t listen
• not house trained
• became too old
• too many babies, couldn’t afford
etc…

These are the reasons why they cannot keep them. Every owner thinks “there is no other way but to bring them to the shelters”.
Some people are so cruel. This guy put new born babies in a plastic bag and come to the shelter saying “It’s too funny that my dog (cat) has babies again. You can just kill them.” He is “the regular” to the shelter…

The shelter worker said “I think too many people don’t think enough. They think the shelter is the easiest way to take care of their problems. Some feel guilty about bringing animals but still don’t have to see the worst part. It is like “it’s not my fault whatever happens to animals once they are in the shelter”. They don’t see animals staying in the cages and putting to sleep…”

Do people not feel guilty because the shelters are the one to kill the animals?
Don’t they think about how animals die in the shelters?

Tantei File wanted to expose the truth about the pet-boom that many people don’t want to know about.
We went to the shelter to see what really happens to those animals.

—– Who does take care of animals?
In Japan, every prefecture has the special shelter called “INUKANRIJO”.
This shelter kills all animals. Some shelters only keep animals for certain days and bring animals, that weren’t claimed, to this shelter.

—– How long animals stay in the shelters before they are put to sleep?
In Japan, it is only 3days before they are sent to the chamber. It is the laws that first 2days, the shelter must make a public announcement to the area which animals are brought in. If no one claims animal after the 3rd day, all animals are sent to the “INUKANRIJO” or to the chamber.
Some shelters look for new home but it is very little success.
You have to check the shelter first when you lose your dog or cat because you only have 3days…

—– How are animals killed?
Dogs are put in a cage, cats are put in a sack, and then they are put in the gas chamber.
The gas chamber is slowly filled with carbon dioxide. It takes 10min. for dogs and 15min. for cats.
This method gives plenty of pain to animals.

It is far from euthanasia.

There is no treatment before animals go to the chamber like giving them sleeping pills.
Many animal organizations are against this method and the preparations of the execution. 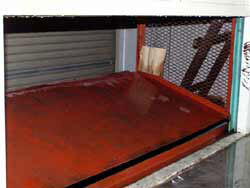 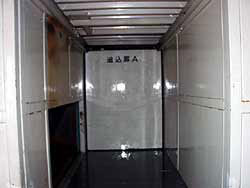 it’s angled so the animals slide down to the shelter 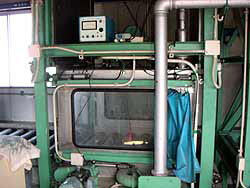 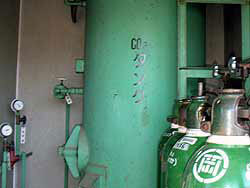 —– Why do the shelters uses the gas chamber?
It is the safest way and can kill many animals at once.
Carbon monoxide will give animals less pain but the gas can harm human health.
Because of rabies, even if a dog has a collar that has his address on, the shelter will not check or touch it.

—– What happens to the dead animals?
Under the gas chamber is the incinerator. The chamber’s floor opens up and the animals go down to the incinerator automatically. The ashes and the bones are put in the linen sacks and leave outside of the shelter. At this point, they will treat as regular garbage… Sanitations are all owned by private companies in Japan, so the animal ashes and bones are often not taken by them.
Some Farms take the ashes as their plant food…..There is a shelter that kept the ashes and the bones for 10 years. 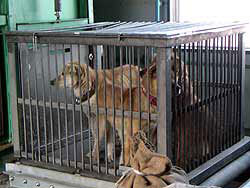 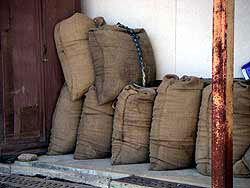 carry to the chamber                10 years worth of the ashes and the bones..
collar is on his neck!
Dogs are put in a cage. Cats are put in a sack. Many kittens die inside the sack before they get to the camber because they are thrown all over the place.

—– Why do they use the linen sack?
Cats usually move around more and take more time to die than dogs.
So they put cats in the sack to stay still…. Some cats won’t die from the chamber….
They will be burned alive…. 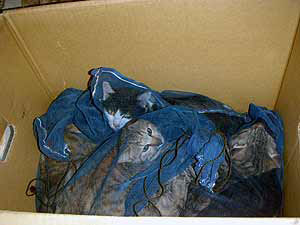 do they know their fate? None of them is crying..

There is no law for the cats…so the shelters don’t take them in unless owners bring them in.

We were able to obtain a video tape from the shelter worker. The worker gave it to us because too many people are irresponsible for their pet and wanted to understand.
The tape is about “the inside of the chamber”

He said, “Having the Pet-Boom is fine. It is a business. I don’t even want to say anything to the companies that promote it. I just can’t forgive people that won’t take care of their pet until the end…just because they are too lazy…animals have to die. It doesn’t make any sense. People like that should know how they die in the chambers… I want people to see the truth. I want people to stop buying animals like toys. ”

We weren’t sure about publishing the tape but it tells you the truth: the behind the Pet-Boom.
Too many animals are dying for no reason.
If we don’t face the truth, we will gain nothing. We will never understand about “life”.
Everybody should know the truth. 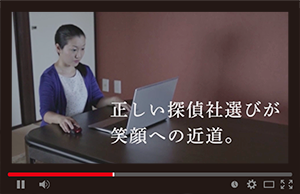 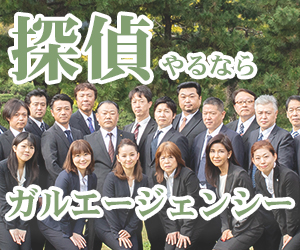